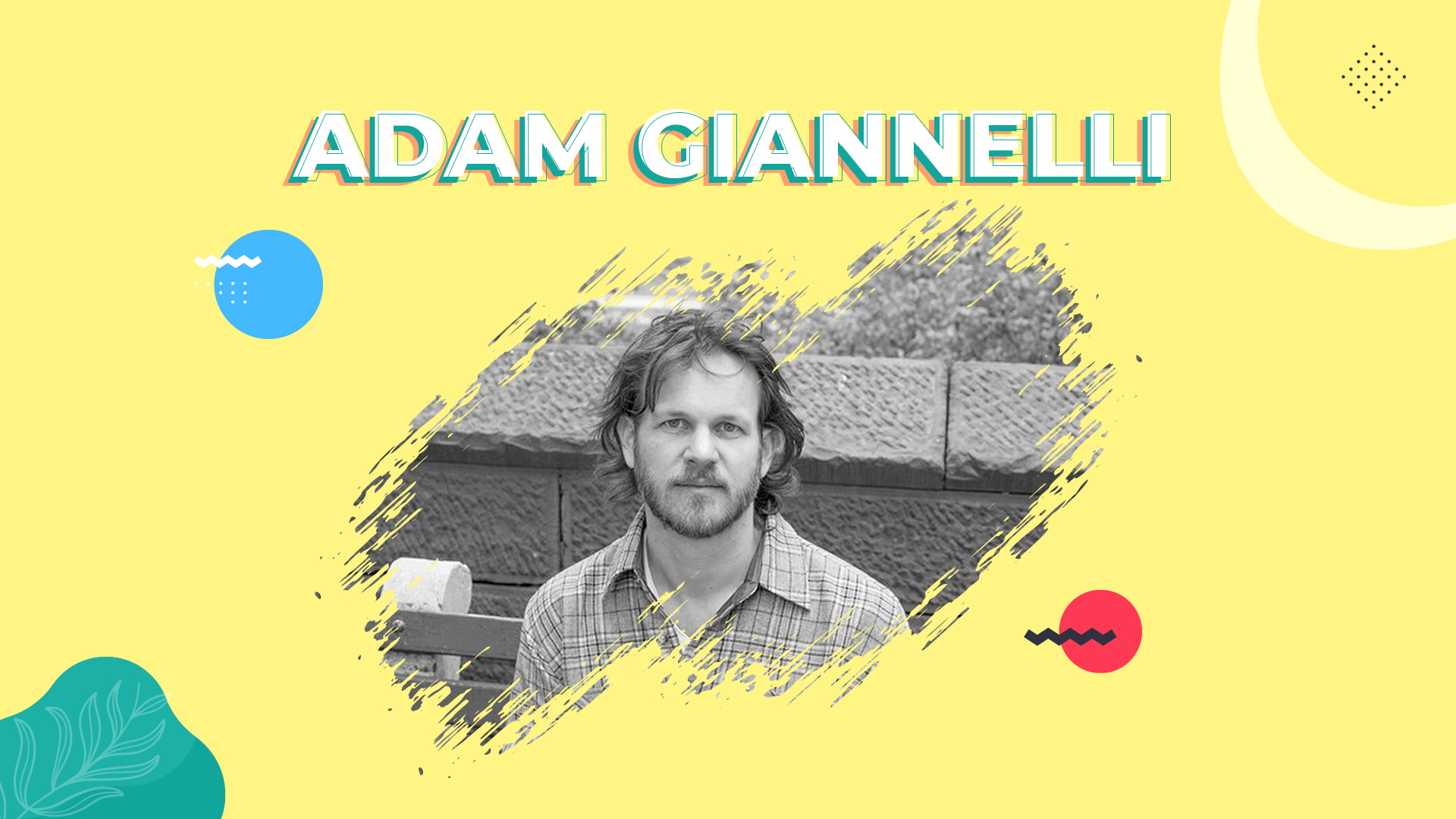 Adam Giannelli describes in his poems “the inner turmoil that people who stutter undergo” every day. Every person who stutters, stutters, and feels in a different manner. However, Adam seems to capture a certain commonality of feelings and attitudes, which strongly impacts the reader. Adam decided not to represent a stutter “orthographically” (i.e., by its shape), but to take us beyond that, to a place that only people who stutter know by heart.

Giannelli is the author of Tremulous Hinge and winner of the Iowa Poetry Prize (2017), WHERE HE opens up about his journey toward accepting his Stutter in the form of his poetry.

Giannelli developed a fascination for poetry in high school, where a teacher helped him understand his fondness for it. Although he never imagined himself to be in a field where he has to play around with words, he came to enjoy both writing and poetry through his studies.

Now a teacher of poetry and writing as a visiting professor of English at Colby, it took him many years to become comfortable addressing his stutter through his poems. Adam had a long journey pursuing several majors across the U.S and Spain. As a Ph.D. student in literature and creative writing, he wrote ‘Stutter,’ a poem FOR WHICH he is now remembered and liked for by audiences both with- and without speech disfluency. His stutter was, in fact, what attracted him to poetry in the first place. As he aptly puts it, “I was always sensitive to words, and poetry employs a density of words.”

In this poem, he highlights circumlocution, a standard method used to avoid stuttering by rearranging or replacing words. He mentioned his use of the technique to appear more fluent, only to realize that replacing words was useless to his voice and thoughts. Thanks to his writing and the positive response toward it, he no longer feels the need to hide his stutter or be ashamed of his voice.

Following ‘Stutter,’ Giannelli wrote ‘How to hear a Stutter’ and ‘Stutterfied’ (a combination of Stutter and Stupefied). The former poem is influenced by a hostile listener’s reaction to stuttering. The latter, however, consists of stuttering metaphors, of which there’s a shortage. The most common metaphor being the Iceberg, developed by psychologist Joseph Sheehan, WHO believed that the act of physical stuttering is the tip of an iceberg with pessimistic emotions such as anxiety, fear, and shame beneath the surface.

He hopes to continue using his stutter in various poetry and metaphors as a way to inspire more people to accept their condition. He is currently working on a poem that uses alliteration as a technique to resemble stuttering. He explains how stuttering is similar to alliteration as you tend to repeat the initial consonants when stuttering.

While he’s unsure whether stuttering will remain his focus of work, he knows that it will always remain a significant part of who and where he is right now. “I know stuttering is stigmatized in society, and so I hope to show people through my work that it’s okay to stutter. It might change how others perceive stuttering,” says Giannelli.

Asari: He Stutters When He Speaks, But Not When Mark He Sings!

Interesting PSA about Stuttering by BBDO

Next post
Bullying and Stuttering: What Can You Do?