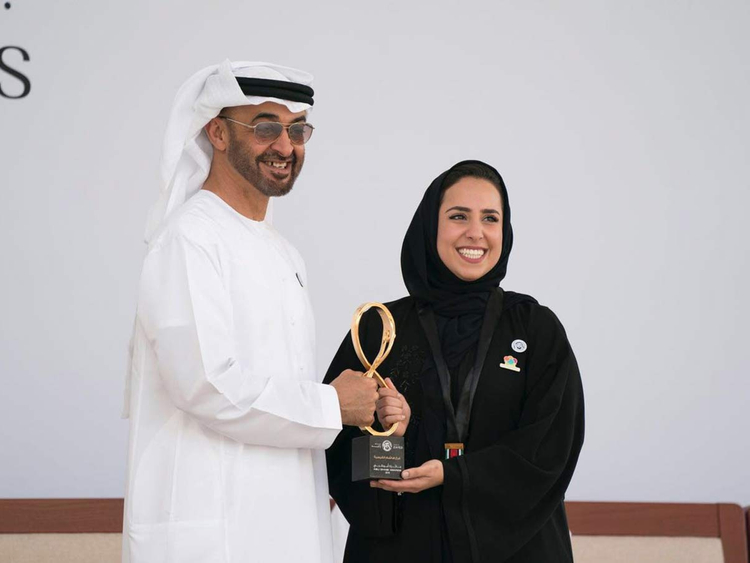 Farah’s story: How to deal with stuttering and those who stammer around you

Farah Al Qaissieh was 12 when she realised she was “different” from the others.

One day at school, Qaissieh was asked a question by her teacher, only to be interrupted when she stood up to deliver the answer.

The Emirati girl who was studying in grade 7 at the time was about to face head-on a harsh reality.

Her rather tactless and impatient teacher told her in plain words to stop and speak only when she can deliver a sentence without a falter.

If you have not guessed already, Qaissieh stutters or stammers as some people know of this speech disorder. She particularly struggles in her native Arabic language. However, she speaks fluent English with just a few breaks in between.

From a helpless student to social activist

It was the day when she was corrected by her teacher, which made her face her worst nightmare. Of course she felt humiliated, but worse she realised something was “wrong” with her.

Fast forward, Qaissieh, now 28, is an award-winning social activist championing the cause of helping others like her who stammer in the UAE.

From that day in her class to where she is today, Qaissieh admits however, it has not been an easy ride for her.

“My younger brother also stammers. We were both bullied and poked fun at in school. It made us introverts and I was afraid to speak,” she said on the sidelines of a three-day UAE stuttering symposium held at the Hope Abilitation Medical Center in Jumeirah.

“But when I joined college at Zayed University, I was forced to break my shackles. I had to give a lot of presentations and speeches in front of people. So I would start by saying, I am Farah and I stutter. That line still scares me today as much as it did back then. Because I am not only admitting it to myself, but also to the entire world,” she said.

Statistics of a speech disorder

According to ‘The Stuttering Foundation’ based in USA, more than 70 million people worldwide stammer, making up for one per cent of the world population. “If we go by these numbers, at least 100,000 people in the UAE have this speech disorder. That is a huge number,” said Qaissieh.

Speaking to Gulf News at the symposium that concluded on Saturday, Goncalo Leal of SpeechCare-Stuttering treatment center based in Lisbon said research shows more men than women stammer world-wide (the ratio being 4:1 ratio).

“Five percent of children in the world stammer at some point in their lives. We have seen more girls come out of it than boys,” said Leal who is in the UAE to train pathologists on how to deal with children and adults with the speech impediment.

Dr. Gerald Maguire, Associate Dean, School of Medicine, University of California – Riverside who is also part of the symposium to train UAE’s therapists said one of the main reasons for this issue can be attributed to a genetic disorder. “Stuttering may run in families because of an inherited abnormality in the part of the brain that governs language. In my case, my mother, brother and uncle stammer like me.

Other reasons can be brain injuries from a stroke which cause neurogenic stuttering. Severe emotional trauma can lead to psychogenic stuttering. Anxiety and stress can make it worse. But most of the time it all comes down to certain gene mutations that affect the way a brain develops, causing a person to stammer,” he said.

Dr. Maguire who is also Chair of psychiatry and neuroscience at University of California – Riverside and chair at the National Stuttering Association in the USA added there is a strong need to educate people in the UAE on how to deal with people with this condition. “Families and friends need to be involved as having a supportive environment can go a long way in curing stammer.”

In 2013 Qaissieh started Stutter UAE as she badly wanted to connect with the community. The group has over 2,000 members. “Every month we meet and share our experiences and talk about our good and bad days.”

“People who stammer should look at it as just another accent – and not an impediment. My speech improved after I faced my fear and acknowledged that I had a problem.”

“There have been several. But one of the most significant ones was hosting the region’s first stuttering awareness day back in 2015. It was under the patronage of Shaikh Nahayan Bin Mubarak Al Nahayan, UAE Minister for Tolerance.

“But by far the biggest achievement for me came in March when I received the Abu Dhabi award – the highest civilian award given to a citizen in the UAE. When I walked up to the podium to take the award from His Highness Shaikh Mohammad Bin Zayed Al Nahyan, Abu Dhabi Crown Prince and Deputy Supreme Commander of the UAE Armed Forces, it felt surreal. I did not think I would get this far,” Farah said.

Can stammering be cured?

According to retired professor of University of Vermont, Dr. Barry Guitar, the speech impediment can be cured if proper treatment is given to a child in preschool years. “In my long standing career as a professor and a pathologist I have seen children suffer at a young age become fluent in their speech later on. But that is only after due training is given to them.”

“My approach to treating individuals with the condition is a bit different. When parents bring their children for treatment, I train the parents first as a supporting environment is very important.”

“I teach parents to talk slowly, in a musical way, and put a lot of pauses in their sentence. Never interrupt a child who is talking. Don’t complete their sentence and don’t look restless or fidget with your hands. Instead listen to your child patiently. Give him or her plenty of time to talk and finish. When you work with preschool children the main thing is that you make them feel good about their,” he said.

Not the end of the world

“One can lead a full life in spite of stuttering. There are newer treatments which use medication to deal with the disorder. I have worked on my own speech impediment thanks to all the medication I have been taking since 1994,” said Dr. Maguire.

Qaissieh could not agree more.

“In the beginning my stutter did have a negative impact on me. But as I became more confident and started accepting my condition, things changed around me. I have found a loving partner who supports and understand me completely. When I am having a tough day with stuttering he asks me what is going on. That means a lot to me.”

“Ever since I remember my family has been extremely supportive and understanding, keeping in mind that back then there was little knowledge about the condition. In the beginning they assumed I was shy or just teasing them when I could not give a sentence out. Soon they realised there was something more going on. But they always made sure I was heard and they gave me their undivided attention,” she said.

farah: growing up with stuttering, overcoming challenges and helping others to do the same – istutter is a new step in that direction